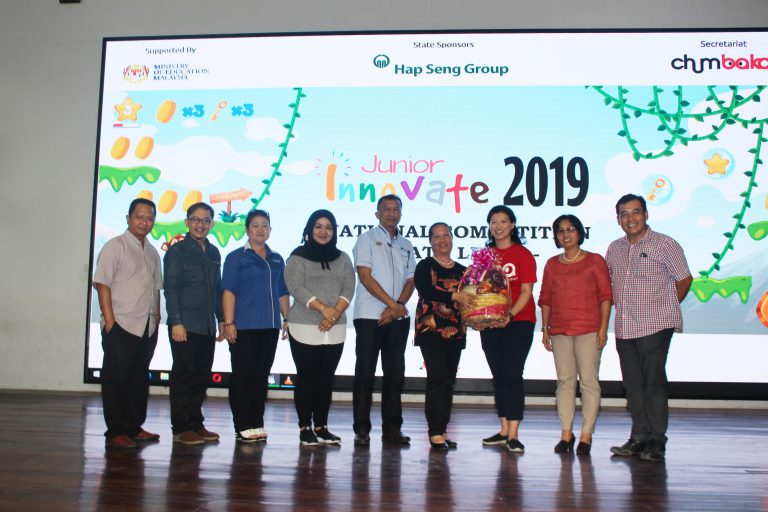 It was a joint effort between Malaysia Digital Economy Corporation, Ministry of Education, Hap Seng Group and Chumbaka, a social enterprise that inspires kids to create with technology.

Junior Innovate aims to inspire the digital creator mindset and provide life skills to primary school pupils in preparation for the jobs of the future. This year marks the 2nd year for both the state and national levels. Teams that won gold medals were Digital Splash and YEET BOIZ; both from SKC Anglo Chinese; and ALPHA from SJKC Lok Yuk Menggatal. These teams will further compete with 3 other gold teams from the rural zone in a video submission, for 3 spots to represent the State to Nationals at Penang in November.

These Gold medalists stood out amongst their peers with the best project in “Game Design with Technology”.  When asked, one of the participants described the competition made her felt like she was at a funfair with so many Games exhibited, and that it was really exciting to see peers of her age being able to use technology to express their creativity. Mdm Moira David, Deputy Secretary of the Ministry of Education and Innovation quoted that “it takes a village to raise a child,” acknowledges the efforts of the industries such as Hap Seng Group and Chumbaka in bringing about learning opportunities to students. Mdm Moira was one of the judges as well as officiated the closing ceremony for Junior Innovate Kota Kinabalu Zone. 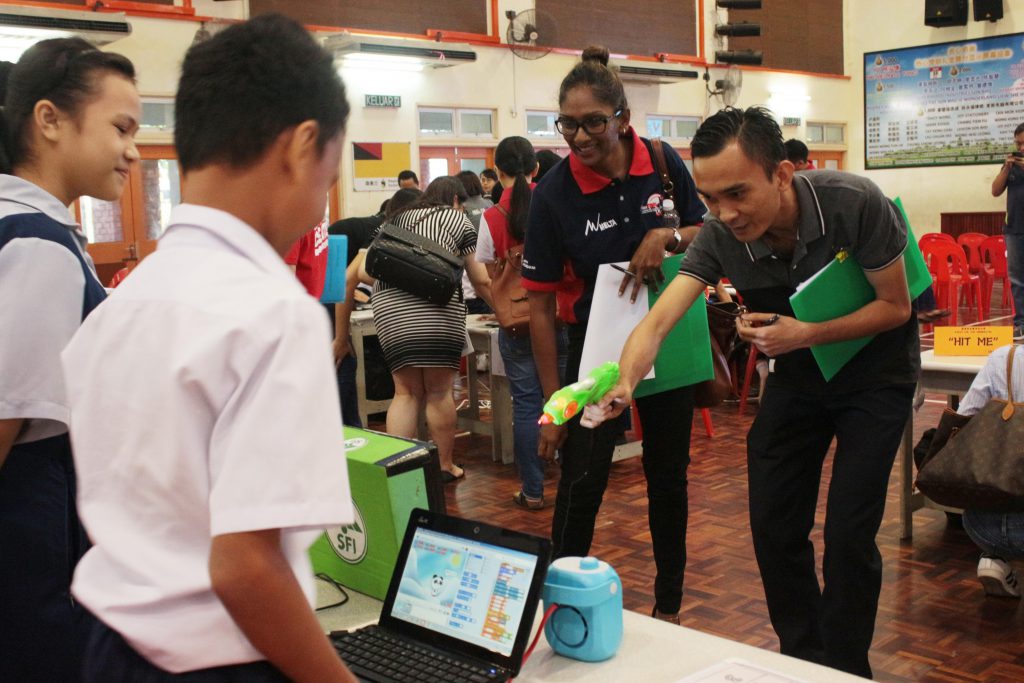 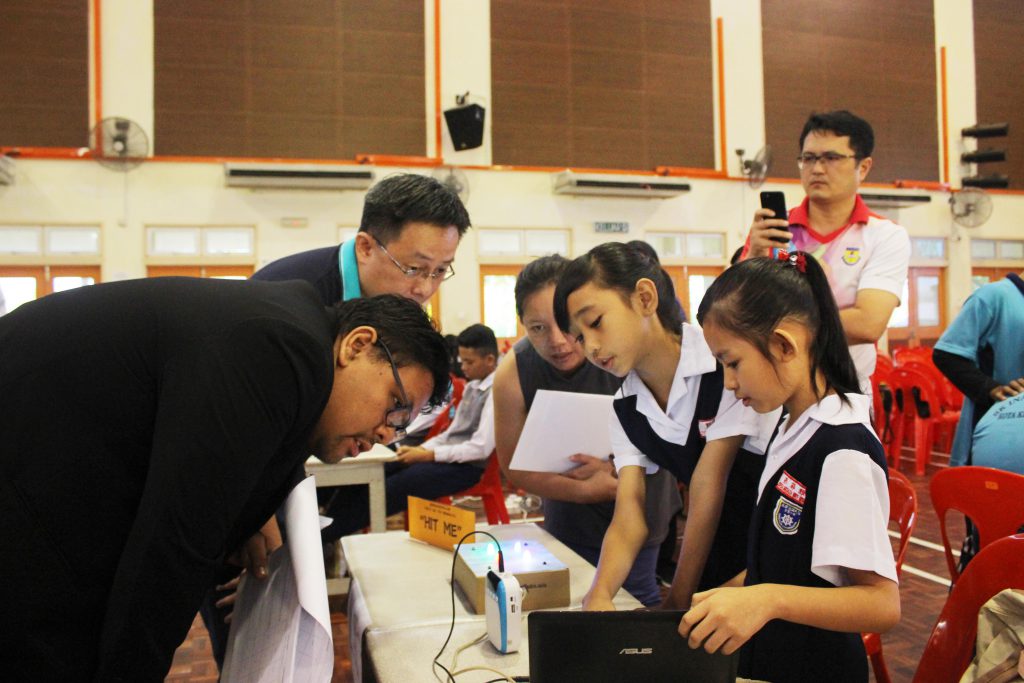 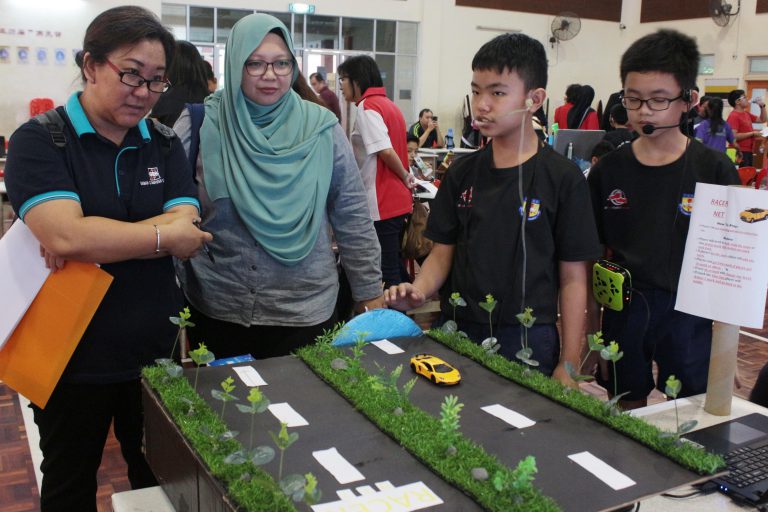 One of the teams explaining to the judges about their Game.