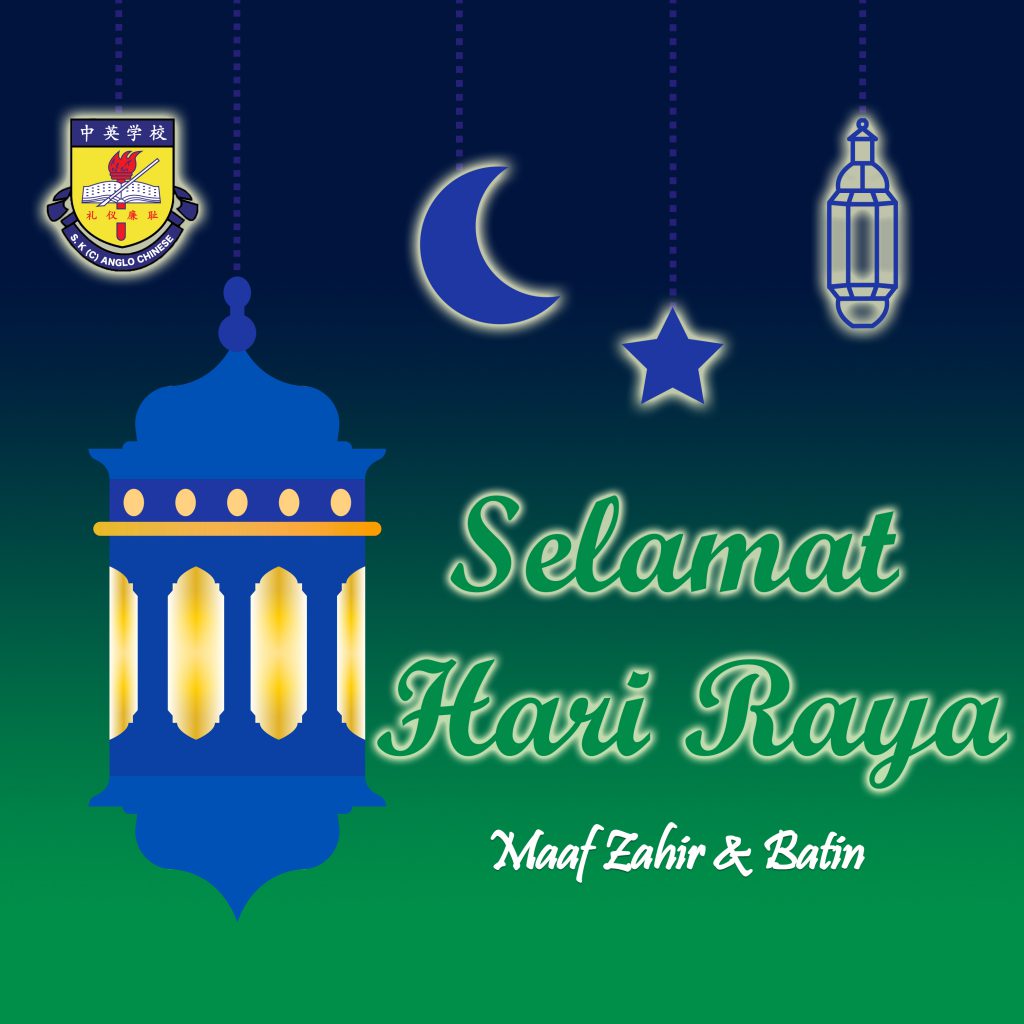 It is customary for workers in the city to return to their home town to celebrate with their families and to ask forgiveness from parents, in-laws, and other elders. This is known in Malaysia as balik kampung(homecoming).

The night before Hari Raya is filled with the sounds of takbir in the mosques or musallahs. In many parts of Malaysia, especially in the rural areas, pelita or panjut or lampu colok (as known by Malay-Singaporeans) (oil lamps, similar to tiki torches) are lit up and placed outside and around homes, while tiki torches themselves are also a popular decoration for that holiday. Special dishes like ketupat, rendang, lemang (a type of glutinous rice cooked in bamboo) and other Malay delicacies such as various kuih-muih are served during this day. It is common to greet people with “Salam Aidilfitri” or “Selamat Hari Raya” which means “Happy Eid”. Muslims also greet one another with “maaf zahir dan batin”, which means “Forgive my physical and emotional (wrongdoings)”.

It is customary for Muslim-Malaysians to wear a traditional cultural clothing on Hari Raya. The Malay variant (worn in Malaysia, Singapore, Brunei and Southern Thailand) is known as the Baju Melayu, shirt worn with a sarong known as kain samping or songket and a headwear known as songkok. Malaysian women’s clothing is referred to as Baju Kurung and baju kebaya. It is a common practice however for the Malays in Singapore and Johor, Malaysia to refer to the baju kurung in reference to the type of outfit, worn by both men and women.

In Malaysia, especially in the major cities, people take turns to set aside a time for open house when they stay at home to receive and entertain neighbours, family and other visitors. It is common to see non-Muslims made welcome during Eid at these open houses. They also celebrate by lighting traditional bamboo cannon firecrackers known as meriam buluh, using kerosene in large hollow bamboo tubes or Chinese imported crackers. The traditional bamboo cannon, meriam bambu, and fireworks are notoriously loud and can be very dangerous to operator, bystander and even nearby buildings. These are usually bamboo tubes 5–10 cm (2.0–3.9 in) in diameter and 4–7 m (13–23 ft) long, filled with either: water and several hundred grams of calcium carbide, or heated kerosene, then ignited by match.

Celebrating with crackers in the early morning during Ramadan is now banned in many areas.

In Malaysia, children are given token sums of money, also known as “duit raya”, from their parents or elders.[51][52]

In the Philippines, Eid al-Fitr, known to Muslims as “Araw ng Lebaran” / “Araw ng Raya” or familiar to the Christian majority and other non-Muslims as “Wakás ng Ramadán” (“End of Ramadan”) or incorrectly as “Ramadan“, has been recognised by the Philippine Government as a regular holiday by virtue of Republic Act No. 9177 and it is also according to Presidential Proclamation No. 1083, signed into law on 13 November 2002 – the only majority Christian country worldwide to have done so.

The law was enacted in deference to the Filipino Muslim community and to promote peace and harmony among major religions in the country. The first national commemoration of Eid al-Fitr was on 6 December 2002, marked by prayers and feasting. Some Filipino Muslims attend grand congregations at the Manila Golden Mosque and the Quirino Grandstand every Eid, while Muslim-majority communities in Mindanao stage large public celebrations.